Home / Blog / Face / Why Do I Often Look Flushed and What Can I Do About It? 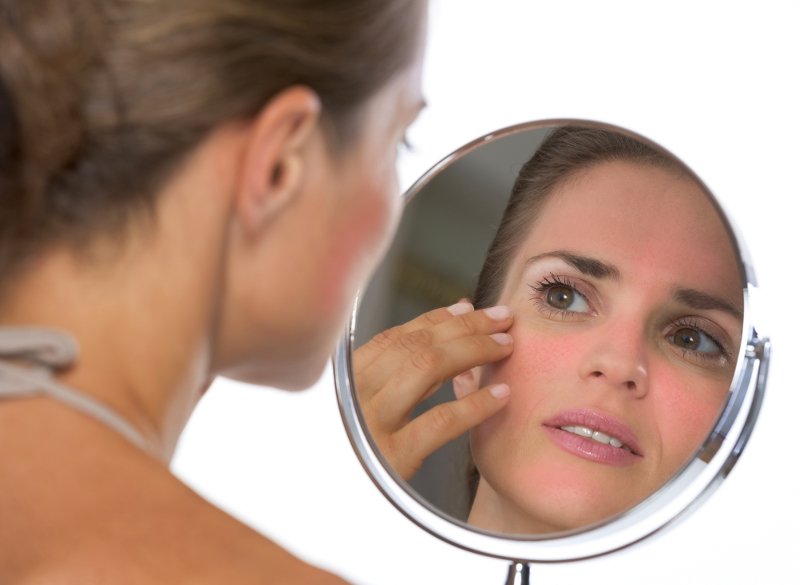 Why Do I Often Look Flushed and What Can I Do About It?

Rosy cheeks are seen as a sign of good health. Getting red in the face when embarrassed, excited or feeling other strong emotions is also normal. But if you always blush or look flushed for no apparent reason, that could be a sign of an underlying condition.

Blushing occurs when there is increased blood flow to the blood vessels in the face. Often, this is brought about by heightened emotional state, eating spicy foods, drinking alcohol, hot baths, exercise, sun and wind exposure, and sensitivity to the heat. If you often look flushed without any of these triggers, then your facial redness could be due to a skin condition called rosacea.

Experts are not sure what exactly causes rosacea although it’s clear that there’s irritation involved. Contrary to what many believe, alcohol does not cause rosacea, but it certainly leads to flare-ups if you have the condition. Rosacea also tends to follow a predictable pattern of redness, and tends to run in families.

While a flushed face or a red rash across the face is the most visible symptom, rosacea is also accompanied by other signs, such as:

Rosacea has no known cures at the moment, and if left untreated, could lead to knobby bumps on the nose called rhinophyma, and in the case of ocular rosacea, loss of vision, though it is seldom for most rosacea cases to progress this seriously.

Rarely does rosacea become an emergency medical situation, but sometimes the redness and the resulting face pigmentation becomes serious enough to cause emotional distress and prevent a person from engaging in social situations. The best thing a person can do at the moment is to manage the symptoms of rosacea to reduce the redness and minimize flare-ups.

You need to talk to a skin care specialist to get your bothersome symptoms under control. This could involve taking antibiotics and applying topical creams. You also need to determine what triggers your flare-ups and avoid those. To minimize aggravating the redness, use skin care products that have been specially formulated for sensitive skin, and avoid the sun between 10AM to 4PM.

Protect your face with a physical sunscreen rated SPF30, as physical sunscreen only sit on the skin and are not absorbed into the skin like chemical sunscreen. Moisturize dry skin using gentle creams or serums. If your eyelids become inflamed, as it is with ocular rosacea, keep them clean with a product made for the eyes. If they become dry and red, talk to an eye doctor to alleviate those symptoms.

Light- and Laser-Based Therapies for Redness

Laser pigmentation treatment can help reduce the diffuse redness caused by visible blood vessels. Intense pulsed light (IPL) is aimed at the dilated veins to shrink them so they gradually vanish. IPL facial such as LimeLight is also used for skin pigmentation removal as rosacea often causes uneven skin tone and texture.

To further reduce redness, a popular laser-based therapy in laser clinics in Singapore is often combined with LimeLight for maximum results. Laser Genesis does not only minimize diffuse redness and reduce the appearance of mottled complexion but also shrinks pores, softens fine lines and wrinkles, and stimulates the creation of new collagen. The result is not just clearer, even complexion but younger looking face that glows.