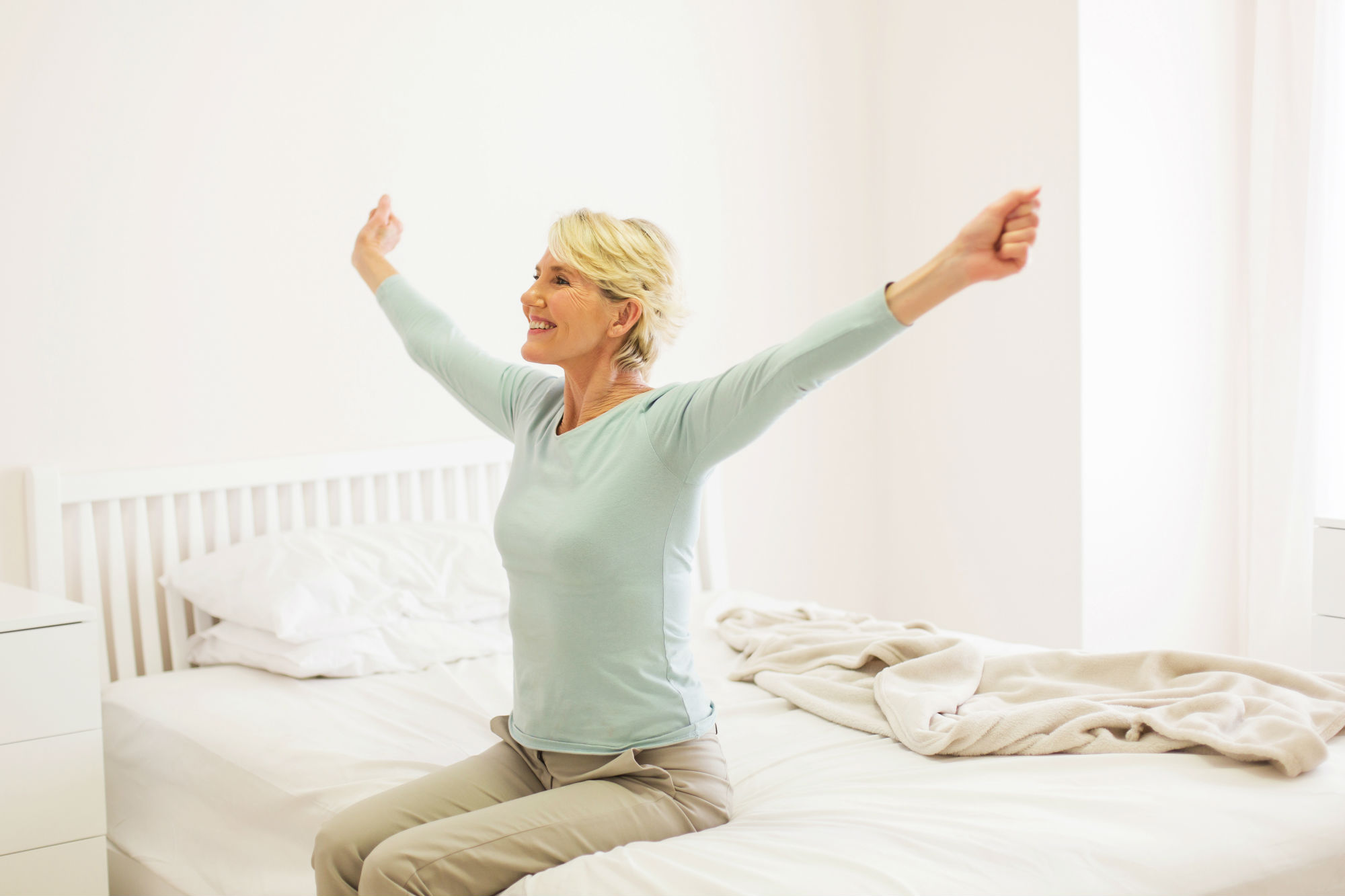 A common and frustrating problem amongst many women, urinary incontinence or loss of bladder control can affect a person’s confidence, work, and even social life.

Childbirth, surgery, congenital factors, and the natural aging process can contribute to the weakening of elastin and collagen fibers in the vaginal walls. As the flexibility of the vaginal wall diminishes, vaginal laxity or the feeling of “looseness” takes place. This condition increases the effect of stress incontinence, the inability to control due to abdominal pressure, resulting in urine leakage when a woman laughs, sneezes, coughs or even lifts something heavy.

In order to address this concern, Kegel exercises were recommended by repeatedly squeezing of the muscles used to stop urinating. However, when Kegel’s are not enough, non-invasive procedures such as the Ultra Femme 360 have been found in clinical studies to improve vaginal laxity and urinary incontinence without discomfort or downtime. 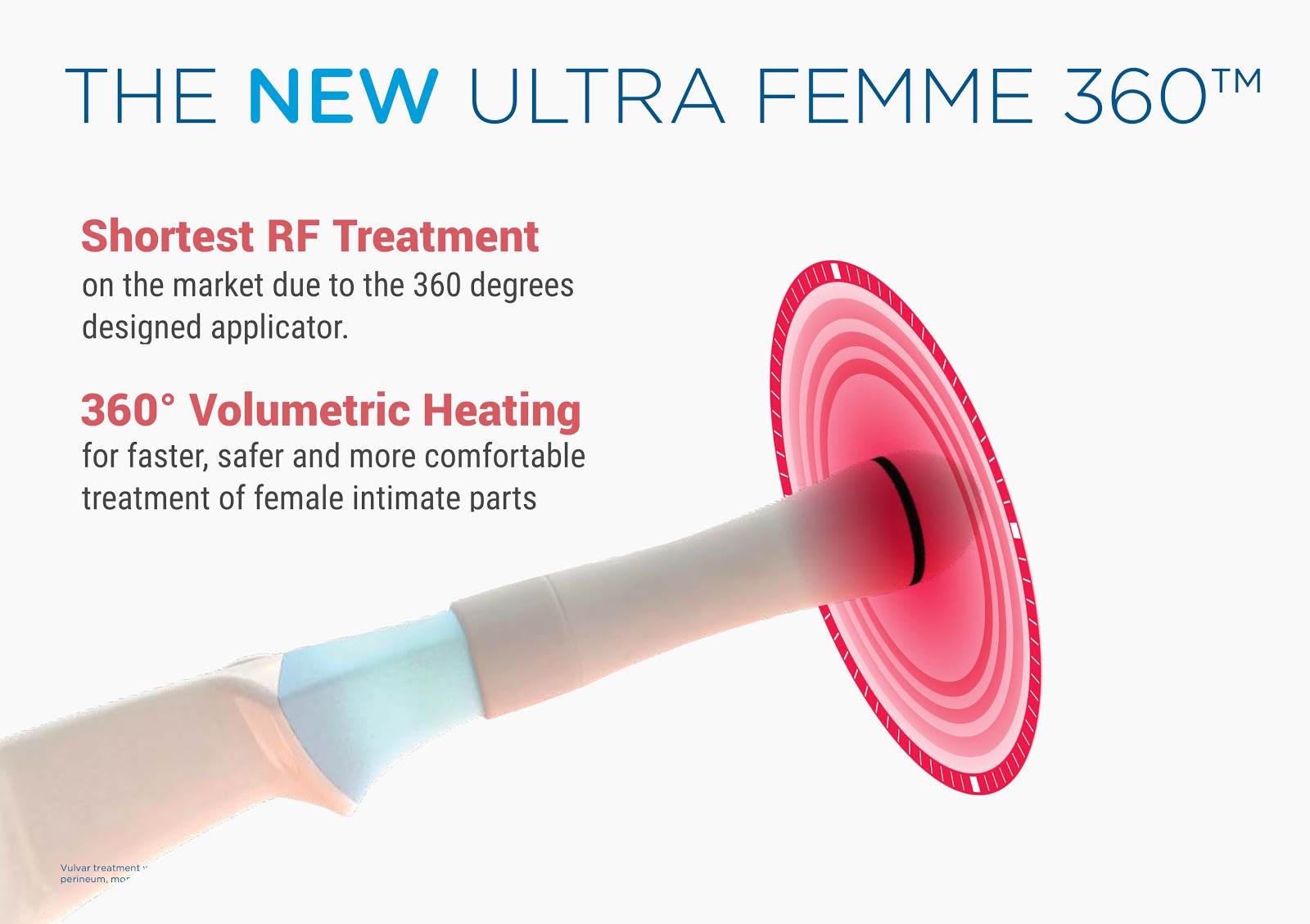 Learn more about the Ultra Femme 360 and how it’s being used for vaginal tightening and improved urinary continence.

The recent study from the Journal of Cosmetic Dermatology was performed with the objective of evaluating the safety and efficiency of a non-invasive radiofrequency device when used to treat stress urinary incontinence (SUI).

During the study, 27 women between the ages of 34 and 54 with mild to moderate SUI and vulvo-vaginal laxity were treated using the Ultra Femme 360 monopolar radiofrequency device.

Each woman underwent the intravaginal (introduced into the vaginal opening) treatment, as well as treatment for the perineum (the area between the vulva) and labia majora (the outer folds). The treatments were spaced out so that each woman had three once-a-week sessions.

The Urinary Incontinence Short Form of the International Consultation on Incontinence Questionnaire was used to evaluate improvement in SUI. Data was collected after the final treatment, as well as one month later at a follow-up visit. The study also included data from a Vulvo-Vaginal Laxity Questionnaire which assessed vaginal laxity.

Data for this portion of the study was collected before the first treatment and one month later at a follow-up visit. Each patient also completed a questionnaire. This data was taken after the last treatment and at the one month follow up visit.

Results of the Study

The results are impressive. The study revealed that monopolar radiofrequency improved urinary incontinence overall. On a scale from 0 to 5, data showed that the average frequency of urine leakage improved from 2 to 3 times a week to just once a week.

At the follow-up visit one month later, many women reported that they no longer experienced urine incontinence. Patients also reported high satisfaction rate for both stress urinary incontinence and sexual gratification.

Immediately after the treatment, 81% (figure1) of the patients “agree” or “strongly agree” that their SUI improved. The percentage increased to 89% (figure 2) during the one-month follow-up visit.

The remaining 19% and 11%, respectively answered: “slightly agreed.” However, none of the patients reported dissatisfaction.

Meanwhile, 78% (figure 3) of the patients “agree” or “strongly agree” that their gratification during intercourse improved after the treatment. After one month, percentage increased to an astounding 93% (figure 4). The remaining 22% and 7%, respectively answered “slightly agreed and none of the subjects were reported with dissatisfaction (score 0-3).

Furthermore, all patients (100%) reported an improvement of their vaginal laxity or vaginal sensation from “very loose” to “slightly, moderately or very tight” one month after their treatment.

In conclusion, Ultra Femme 360’s non-surgical vaginal tightening has become the go-to treatment due to it’s proven safety and effectiveness not just to improve vaginal laxity and sexual sensation but also to address urinary incontinence helping women to restore their confidence and overall wellbeing.

If you’re experiencing the same concerns, rest assured that our Harvard-trained physician and aesthetic doctor, Dr. Sylvia Ramirez, at our aesthetic clinic in Singapore can help.

Schedule an appointment with us today at the Cutis Laser Clinics to learn how the Ultra Femme 360 can help improve your overall sexual health and quality of life.