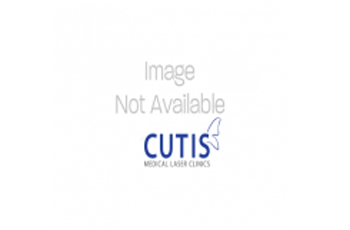 Beat the Marks of Old age via Plastic Surgery Treatment

Healthy diet and proper exercise is essential to look young

Old age is a stage of life that everyone has to face and no one can neglect this universal truth. However, every human being always wants to look young; but whether he likes or doesn’t like, he has to cross the life’s road via this stage. It is a natural phenomenon that with the increasing age, people get the marks of aging on their face and this shows the start of their aging. It is another matter that different people start getting signs of aging at different stages and it all depends on their different life style and dieting schedules. It is believed that people, who keep maintaining their health with their proper diet, regular exercise, yoga, etc. they don’t reach the old age appearance early. The health consultants always recommend people to go through such things with a daily routine, if they want to look young for long time.

Plastic surgery treatment to beat the marks of geezerhood

We know that everyone has to go through the stage of declining years; but as we are living in the era of technology and science, now it is possible to get rid of the marks of aging. Plastic surgery as one of the beautiful gifts of the science and technology offers incredible solution that helps people to stop their aging appearances. Most of people, especially women concern about the signs of aging such as wrinkles, dark spots, birth marks, and many others that make them feel awkward among people of good personality. But, the term plastic surgery becomes a good option to abolish such kinds of marks of aging. Now most of the people are well-aware to this term of plastic surgery and they immensely make their approach to the expert plastic surgeons to get consult about this surgery treatment.

Vein appearance on the skin: These days, there are several people, who face the problem of spider veins that are commonly found on the face and legs. These spider veins are caused by the dilation of a small group of blood vessels over the skin surface and they often look like red or purple sunbursts or say web patterns. The problem of spider veins can be commonly seen in women. On the other hand, the varicose veins are caused by swollen or enlarged blood vessels. Here, the blood vessels get enlarged due to a weakening in the vein’s wall. The varicose veins are located deeper in the skin than the spider veins. But, with the help of vein removal plastic surgery treatment, one can get rid of both types of vein issues.

Under eyebag issue: The puffy bags under the eyes are considered as a common cosmetic issue among the men and women. And with the increasing age start appearing noticeable. Actually, the under-eye bags are the result of weakening skin tissues, migrating fat, and fluid retention. Most of the people try different types of cosmetic creams to reduce the problem of under eyebag, but they don’t get the expecting results. But, when they go for the plastic surgery treatment to get the solution of such problem, they can see the magic of it after going under the treatment.

These days, plastic surgery has become a common option for people to get the charming persona. As a beautiful face makes the first impression on people, most of the people to look attractive go for the plastic surgery treatment for their cheek filler and it gives them more exotic appearance.