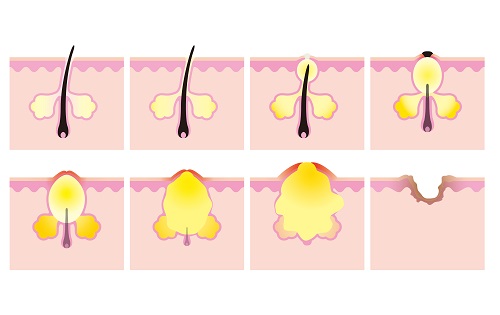 Aside from scarring, its main effects are psychological, such as reduced self-esteemand in very extreme cases even depression. 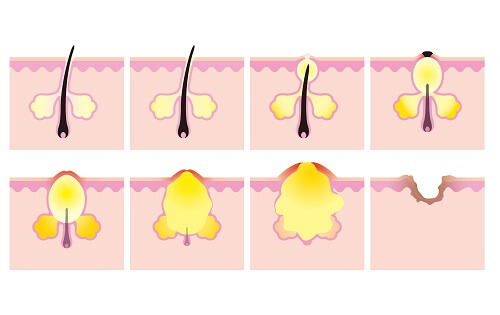 In adolescence, acne is usually caused by an increase in androgens such as testosterone, which occurs during puberty, regardless of sex. Acne more often affects skin with a greater numbers of oil glands; these areas include the face, the upper part of the chest, and the back.

Acne usually improves around the age of 20 but may persist into adulthood. However, permanent scarring may occur. Such acne scars are permanent unless treated and can come in many shapes and forms. Some are thick, raised hypertrophic (sticking out) or keloid (over-produced skin tissue) scars, while other scars can appear as little depressions in the skin, called atrophic scars. One type of atrophic scarring commonly seen as a result of acne is often referred to as an ‘ice pick’ scar. These are deeper than they are wide. Treatment of acne scars are more intense and must be viewed as a process. Options include:

Steroid injections: “Thick scars (keloids) can be injected with cortisone to make them softer and flatter.”

Dermal fillers: “Certain scars can be filled with a substance that elevates the depressed areas, such as hyaluronic acid. This can make the surface of the skin more even, and get rid of shadows. It’s important to note that the most commonly used fillers aren’t permanent, but they can last about a year. Dr. Sylvia’s preferred dermal filler for improving acne scars is Restylane Vital. 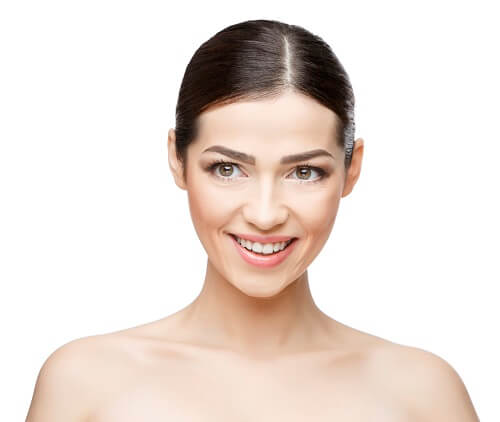 Lasers: These can be helpful in reducing the redness associated with acne marks and scars. Dr. Sylvia Ramirez of Cutis Medical Laser Clinics uses Laser Genesis with a vascular setting for red scars. When treating older scars that are no longer red, Dr. Sylvia Ramirez uses the Cuter Pearl which has a unique wavelength that maximizes patient outcome and minimizes downtime. “When lasers are used to treat acne scars, the results can differ dramatically based on two things: how many treatments you have done, and how much social downtime you’re willing to accept as part of the recovery process.”

Mix and Match: “Since acne scars vary, so do treatments.” Depending on the individual, Dr. Sylvia often uses a multi-modal approach combining the above treatment options to generate the best outcome for the patient.